Tehran Children is a book in progress about a group of Polish-Jewish children who fled Nazi-occupied Poland via Russia, Uzbekistan, and Iran, ultimately reaching British-controlled Palestine, the Tehran Children; a group which included my father. It is also about my search for their story and modern-day retracing of their path.

An excerpt from an early version appeared in the anthology The Global and the Intimate: Feminism in our TIme, edited by Geraldine Pratt and Victoria Rosner, Columbia University Press, 2012. 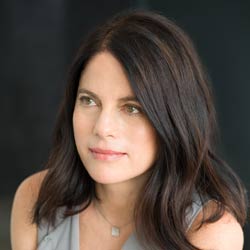 Born and raised in Haifa, I shuttle between Israel and New York City, where I teach Comparative Literature at the City College of New York and the CUNY Graduate Center.

I’ve written on the formation of national identities in and through literature, on emotions and on representations of revenge, guilt, and trauma in literature. While working on this project I’ve become interested in the relationship between personal memory, ideology, and collective memorialization.

To learn more about my work, visit mikhaldekel.com. You can also reach me at michaldekel@gmail.com.